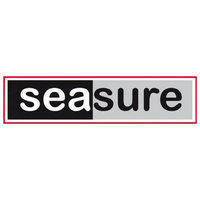 Sea Sure are true innovators for many parts of the dinghy - especially the rudder, tiller and extensions. Used by many of the top sailors around the world and pushing the boundaries in design.

"SEA SURE" was originally the marketing organization of "H. Brown & Sons (Engineering) Ltd", which was formed in 1956 for the manufacturing of tools, mainly for the aircraft industry.

As sailing became more popular, the need for specialised fittings became large enough to require good production facilities and "SEA SURE LIMITED" was established in September 1966 to produce and market small boat fittings.

Although most of their products are aimed at the sailing boat market, uses for them have been found in hospitals, power boats, hang gliders and even green-houses. In an ever changing world, they have found it necessary to promote their products outside of the marine trade and to this end are actively engaged in selling their products in the highly competitive industrial and commercial fields too.