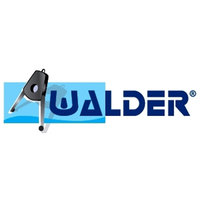 When, in 1976 in France, Ernest Waelder and Noel Wyatt co-designed a device for their own sailing use that would control automatically horizontal and vertical boom movement, they had no idea this innovative rigging gear would eventually be adopted by sailboat owners worldwide.

From their experiences in regatta and offshore sailing, they recognised the need for a way to prevent the potential tragedies that can arise for crewmembers near a boom at the time of sudden, violent, or accidental jibes.

For Waelder and Wyatt, their design “philosophy” when developing the WALDER® boombrake was for sailor comfort and safety under all sailing conditions – finding a way for the sailor to stay in the cockpit, not having to clamber up on deck under pitching conditions each time to set or remove a conventional boom preventer. The idea to take advantage of the potential for frictional braking force was key.

Once satisfied with the quality of their sailing innovation Walder and Wyatt obtained French and foreign patents on their device design.