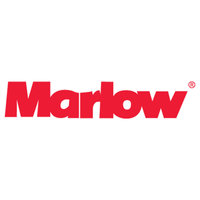 At Marlow Ropes they are always looking to the future with innovation and development However, they never forget their rich and proud heritage and whilst the name Marlow Ropes was originally used as recently as 1957, the story of the company and the intertwined history of rope making in Hailsham goes back over 200 years.

At the end of 2005, the Marlow Cordage Division was bought by the owner of Marlow's one time UK competitor, English Braids, who also retained the name Marlow Ropes Ltd. After a period of growth which consolidated their position as the world's premier manufacturer of performance yacht ropes, in 2013 Marlow expanded into the USA and opened a sales and distribution office in Plymouth, Massachusetts - Marlow Ropes, Inc.. Ironically, Marlow's US office is based in the old buildings of the Plymouth Cordage Company, which until 1964 was itself one of the largest rope works in the world.

Today, Marlow Ropes continues to manufacture quality British ropes in a new factory on the same site as Thomas Burfield over 200 years ago. Times have changed however and today Marlow specialises in the design and manufacture of technically innovative rope products using the very latest hi-tech and exotic man made fibres. One thing hasn't changed though, Marlow Ropes' reputation for quality and technical innovation continues in the 21st century and the company continues to forge a path of progress and growth in the markets in which it operates.