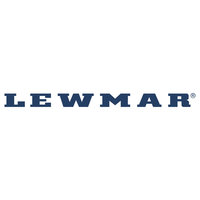 When Len Lewery started making Tufnol dinghy fittings back in 1946, not even his inventive mind could have foreseen that his small business would develop to become one of the leading marine equipment manufacturers in the world.

Through a series of acquisitions and mergers in the latter decades of the twentieth century, the Lewmar Range evolved to include rigging, windlass, steering, hatch and portlight. Innovations included the Wavegrip Jaw, which won the battle for the self-tailing winch market. Lewmar’s distribution extended around the globe, and the expertise and success of the company won recognition with the attainment of three Queen’s Awards.

Today Lewmar has transformed beyond recognition from the small company established by Len Lewery and Leslie Marsh in 1950. Yet the spirit of innovation and engineering excellence has remained constant.Today, Lewmar is the premier marine equipment supplier, designing, manufacturing, and distributing innovative, high-quality control solutions worldwide.

Manufacturing is located at two sites in the United Kingdom with sales offices in Europe and USA and a worldwide network of agents and distributors. Recent investments in sophisticated, state-of-the-art manufacturing equipment over the last few years has been undertaken to enable Lewmar to offer consistently the highest levels of quality in the industry.