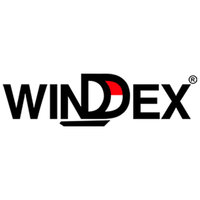 The WINDEX was first designed and brought to market in 1964 by RADAB (Research And Development AB), a small Swedish company run by three young engineers who also happened to be close friends, Sven-Olof Ridder, Harald Undén and Lars Bergström.

The original WINDEX design by Sven-Olof Ridder, an aeronautical engineer who is recognised worldwide for his design skills, was made of aluminum. The design was successful and soon became popular with Swedish sailors. However, the international breakthrough came in 1972 when a large investment in plastic tooling was made, which allowed for large quantity production at a lower cost. One of the design criteria at the time was that the WINDEX should be “as sensitive in light air as cigarette smoke”. The solution was a plastic wind vane with low weight and a large fin mounted on a Sapphire jewel bearing like a compass needle.

This design, which incorporates the now famous Sapphire jewel suspension has remained unchanged and extremely popular with sailors through the decades.