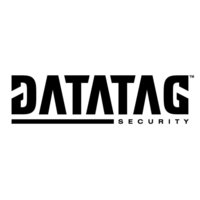 Datatag's state of the art identification technologies are probably the most sophisticated Number 1 Security Marking and Registration Systems designed to stop theft. Designed for boats, trailers and outboard motors - UK based technology for peace of mind.

Theft of boats and equipment has become a multi-million pound headache in the UK, causing misery and financial loss to thousands of marine enthusiasts every year.

Standard security measures in the marine world are often basic at best and wholly inadequate at worst - certainly not anything like those found today on most modern cars. As such the Police face an almost impossible task in tackling this crime wave.

Typically the average boat is extremely vulnerable to theft not only because of the limited identification offered but also due to the fact that boats are easy to move whilst on trailers and the portability of many smaller outboard engines also makes them an attractive target. With many outboard engines more expensive than a small family hatchback, and so readily stolen, transported and altered it's easy to see why criminals have turned their attention to the marine world.

Seeing the increase in marine theft, British Marine has made positive steps in helping owners avoid it by announcing a new security initiative called COMPASS (Combined Official Marine Protection and Security System). The COMPASS Scheme is a technological answer to the issue of theft addressing one of the key weak areas the marine market has - one which criminals are exploiting - identity. Using state of the art technologies supplied by industry leading security specialists Datatag ID Ltd, the COMPASS Scheme will use a raft of sophisticated and almost impossible to combat identification methods to ensure that a boat or outboard's true identity can be determined quickly and easily either by Police or prospective owners. By signing up to the COMPASS Scheme manufacturers will be able to offer their customer greater peace of mind.